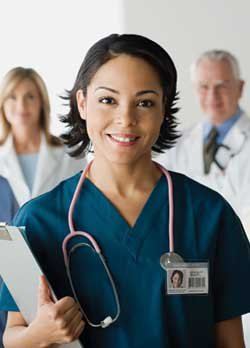 Job satisfaction among NHS staff in Wales is on the up, but bullying and work-related stress remain a significant concern.

Job satisfaction among NHS staff in Wales is on the up, but bullying and work-related stress remain a significant concern.

That’s according to a new survey of more than 17,000 employees in Wales who were asked to comment on the quality of their services over the past 12 months.

While 71% of staff said they were satisfied with their present job, an improvement on the 65% recorded in the last survey in 2013, it found “key challenges” in several other areas.

Here are some of the key points

What were the main concerns?

Less than half (43%) of respondents said they did not have adequate materials, supplies and equipment to do their work, and just 30% said there were enough staff for them to do their job properly.

The survey also found that 15% had experienced harassment, bullying or abuse at work, and more than a quarter (28%) said they had been injured or felt unwell as a result of work-related stress in the past year.

In addition, a quarter of staff said they had seen errors, near misses or incidents in the last month which could have caused harm to patients.

More than 17,000 NHS Wales staff have completed a survey about their working conditions…and these are the results.

Despite the pressures on services, 61% of staff said they would recommend the NHS as a place to work compared to 48% in 2013.

Encouragingly, 90% of respondents said they were happy to go the extra mile at work and 88% of staff felt their role made a difference to patients.